jhw2004 - (other jhw conferences)
Particle physics and cosmology today are at an exciting juncture. The last decade has resulted in the discovery of powerful theoretical mechanisms which have revolutionized our description of fundamental physics and addressed several of its most pressing questions. In the meantime, experiments and observations have reached an era of unprecedented precision and reach, which have resulted in wonderful discoveries ranging from neutrino masses, to the top quark, to the acceleration of the Universe. In the next decade, experiments with grand scope from the Tevatron, LHC and linear colliders, to WMAP, Planck and SNAP will confront the new ideas, and will likely throw up new surprises and questions. These theoretical and experimental developments are rapidly erasing the traditional boundaries between particle phenomenology beyond the Standard Model, string theory, cosmology and astrophysics. The time is ripe to capitalize on these developments by bringing together the leading thinkers at the confluence of these fields, speaking the lingua franca of effective field theory, to share ideas, viewpoints and techniques. 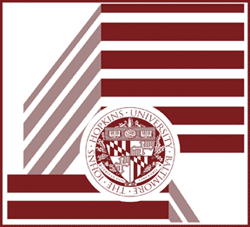