The BPU 11 Congress is part of the series of the triennial general conference of the Balkan Physical Union which was firstly organized in 1991.

The Congress was held in a hybrid format (onsite/online) with more than 470 participants, with about 310 present on site.

The scientific program was comprised out of 15 different scientific sections, 12 plenary lectures, numerous invited talks, a special FRONTIER session, 5 round tables and 2 workshops for teachers.

The accepted and published papers give a good insight in the current scientific work and production in the Balkans, with some indications on cooperation with partners from Europe and other parts of the world.

The BPU11 Congress would not have been made possible without the great support of 10 institutional co-organizers - Serbian Faculties, Universities, Institutes and other institutions from Belgrade, Nis, Novi Sad, Kragujevac and Kosovska Mitrovica.

The Congress as well as its parallel and satellite events are internationally advertised and financially supported by: EPS Mulhouse, CEI and ICTP Trieste, CERN Geneva, as well as EPJ and SEENET-MTP for the sponsorship for the best poster awards at the BPU11.

Finally we would like to thank the Ministry of Education, Science and Technological Development of the Republic of Serbia and the Provincial Secretariat for Higher Education and Scientific Research, Autonomous Province of Vojvodina, Republic of Serbia, for the valued financial support. 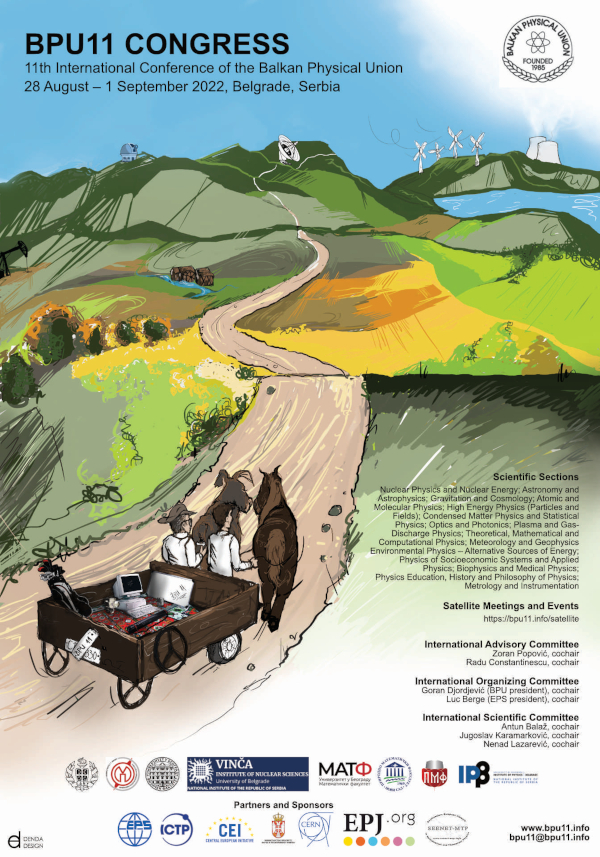 Sorry, this conference is not yet available