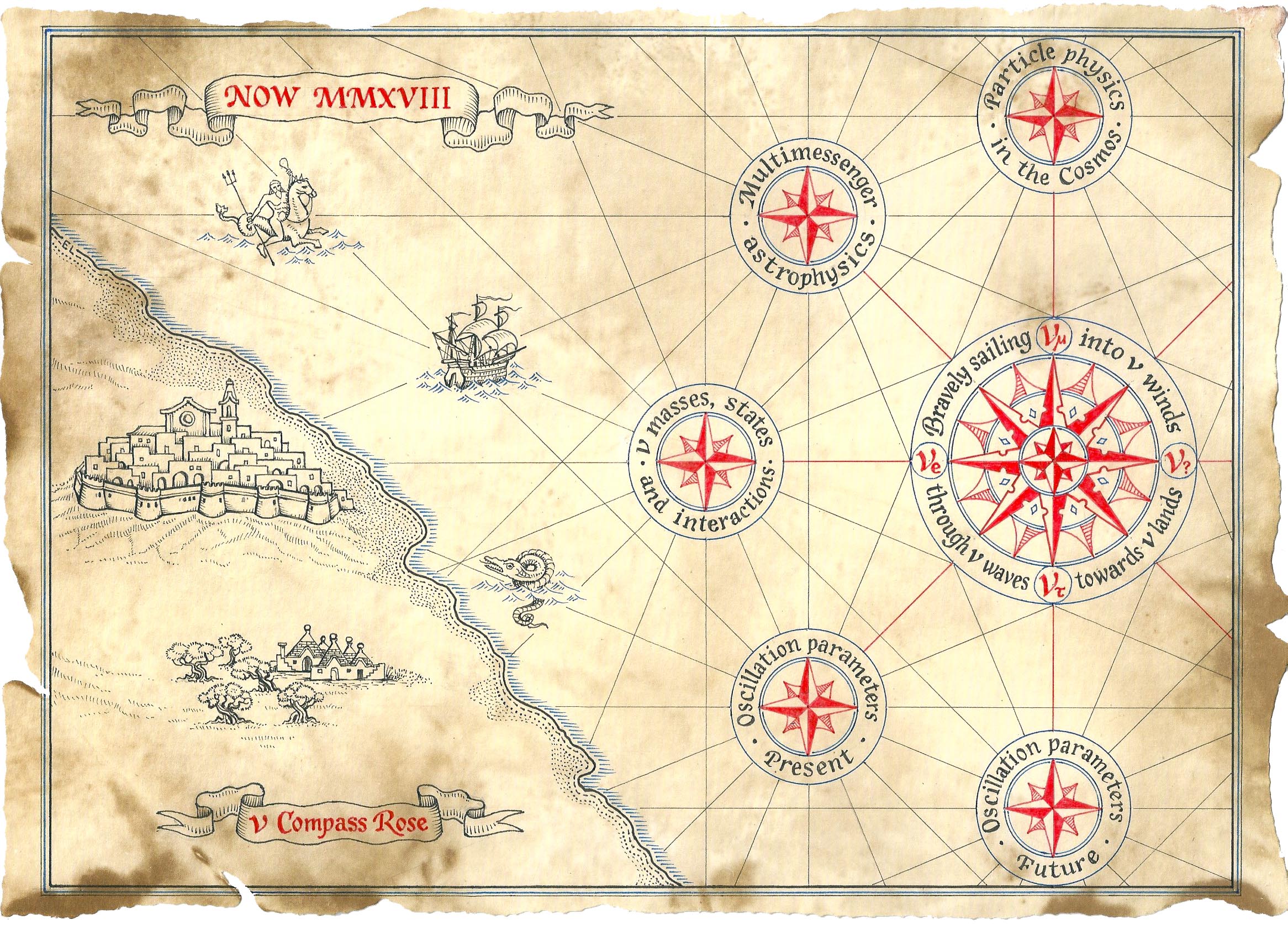 The Neutrino Oscillation Workshop NOW 2018 was held in Rosa Marina (Ostuni, Brindisi, Italy) from September 9th to September 16th, 2018. The meeting was organized by the Departments of Physics and by the Sections of the Istituto Nazionale di Fisica Nucleare (INFN) of Bari and Lecce, with the financial support of the Italian Ministero dell’Istruzione, dell’Università e della Ricerca (MIUR), of the INFN, and of the Universities of Bari and Salento. For the NOW 2018 Workshop Proceedings presented hereafter, we acknowledge partial support from MIUR through the Project of Relevant National Interest n. 2017W4HA7S (PRIN) NAT-NET: Neutrino and Astroparticle Theory Network.

The inspiring idea of the NOW series is to organize a specialized meeting three months after the International Neutrino Conference, in order to stimulate the exchange of opinions in a truly workshop-like atmosphere, with a few survey talks, short contributions, and ample time for discussion among the participants. The Workshop is focused on one of the hottest topics of contemporary physics, i.e., Neutrino Oscillations, together with its connections with particle physics, cosmic ray physics, astrophysics, and cosmology. Indeed, a growing emphasis is being given to astroparticle physics and multimessenger astronomy in the Workshop. Starting from NOW 2000, it was decided to publish the Proceedings of this series; in particular, the NOW 2000, 2004, 2006, 2008, 2010, 2012 and 2014 Proceedings appeared in Nucl. Phys. B (Proc. Suppl.), in Vols. 100, 145, 168, 188, 217, 237-238, and 265-266 respectively. The NOW 2016 Proceedings appeared as electronic version in Proceedings of Science (SISSA, Italy), available at: https://pos.sissa.it/283/ .

The structure of the NOW Workshop includes five sessions: (1) Oscillation parameters: present; (2) Oscillations parameters: future; (3) Multi-messenger astrophysics; (4) Neutrinos masses, states and interactions; (5) Particle physics in the cosmos. In the NOW 2018 poster theme, these sessions are associated to sectors of a ν Compass Rose on a hand-drawn nautical map, with the inland town being an impression of Ostuni. In each Session, one morning plenary session and two afternoon parallel sessions were dedicated to the discussion of recent results and new developments and ideas. These Proceedings can thus be considered as an up-to-date survey of the status and prospects of Neutrino Oscillation Physics (and of closely related fields in Astroparticle Physics) in 2018.

We would like to thank all the participants, a total of about 130 physicists coming from 22 different countries, and in particular the speakers and the conveners who, in collaboration with the members of the Organizing Committee, contributed with enthusiasm to the scientific success of the Workshop.

Special thanks go to all the people actively involved in the organization of the Workshop. The smooth running of the meeting was due to the invaluable work of the Administration Manager Loredana Napolitano (Bari) and of the Secretariat, formed by Daniela Dell’Anna (Lecce), Maria Concetta Gerardi (Lecce), and Antonio Silvestri (Bari), to the commitment and driving expertise of Frosino Spagna (Lecce), to the precious help of the System Manager Enrico Fasanelli and of the Technical Assistants Fulvio Ricciardi and Pierluigi Santo (Lecce). Warm thanks are also due to the PhD students Antonio De Benedittis and Margherita Di Santo for their enthusiastic collaboration in the organization.

We conclude with the hope that the eleventh workshop of the NOW series will take place in Rosa Marina in September 2020. 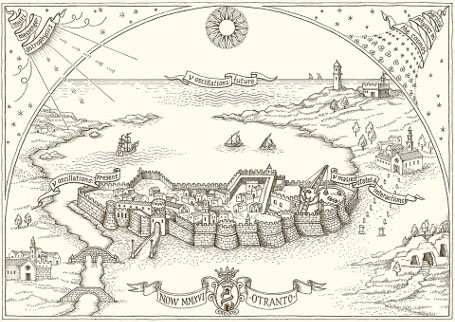 NOW 2016 is the 9th workshop of a series started in 1998 in Amsterdam. Since the year 2000, this international workshop takes place in Otranto (Lecce, Italy). NOW is locally organized by the INFN sections and Depts. of Physics of Bari and Lecce, and is one of the few "Major Conference Series" recognized by INSPIRES in the field of neutrino physics, https://inspirehep.net/info/Conferences/series

The aim of the workshop is: to discuss Neutrino Oscillation Physics, in particular current experimental data and their theoretical interpretation; to outline future investigations of neutrino masses and mixings; and to explore the links with various research fields in Astroparticle Physics and Cosmology.

The structure of the Workshop includes five sessions, with plenary and parallel talks on several topics of current interest. The sessions for the NOW 2016 edition are: