For the sixth time, almost 300 citizen science enthusiasts, researchers, students, practitioners, met at this transdisciplinary conference to exchange ideas, gain new experiences and present the results of their studies. "Citizen Science: Ambitions and Meaning" was the motto of this year's conference, and the truly diverse programme showed us that this motto resonated well with the citizen science communities in the German-speaking countries, and not only there, but also far beyond. Participants joined online from the USA, Brazil, Spain, Sweden and England, among others. The conference was organised in cooperation with the University of Vienna, Österreich forscht, the University of Natural Resources and Life Sciences Vienna, the Centre for Citizen Science, Bürger schaffen Wissen and Schweiz forscht. Funding was provided by the Federal Ministry for Science Education and Research, the Municipal Department for Environmental Protection of the City of Vienna (MA22) and by the Ludwig Boltzmann Society.

Especially in these times, when science appears in the media as it rarely has before, it was important to talk about the ambitions and the meaning of citizen science. 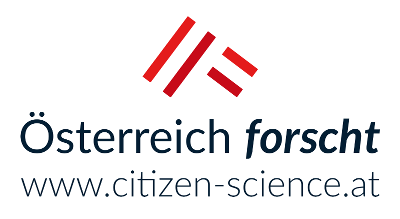