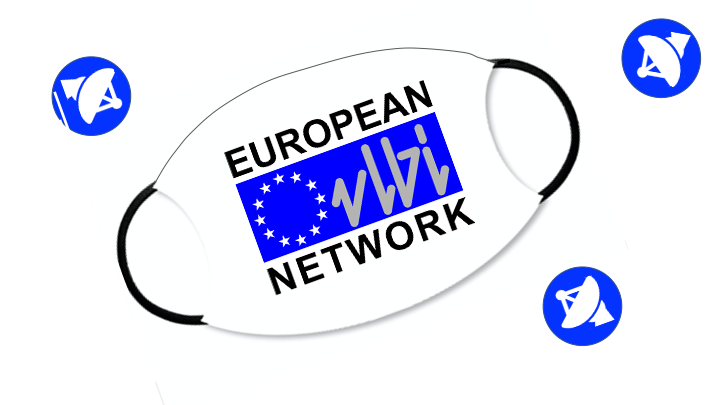 The European VLBI Network Symposium is the main forum for discussion of the latest Very Long Baseline Interferometry scientific results and technical and technological developments within the EVN member countries. Due to the Covid-19 pandemic, it was not possible to hold this Symposium in 2020 as originally planned; instead, an online EVN Mini-Symposium and Users Meeting was held during July 12-14, 2021. Topics covered ranged from radio-emitting processes around stars to the innermost structure of active galactic nuclei and the origin of astrophysical jets, and a number of technical topics were also considered.

The 14th European VLBI Network (EVN) Symposium and Users Meeting (http://evnsymp2018.iaa.es) was hosted by the Instituto de Astrofísica de Andalucía-CSIC (IAA-CSIC) in Granada (Spain) on behalf of the EVN Consortium Board of Directors. The meeting took place on October 8-11, 2018 at the main auditorium of the Parque de las Ciencias of Granada, Spain.

This biennial meeting is the main forum for discussion of the latest very long baseline interferometric scientific results and technical and technological developments within the EVN member countries. This makes the European VLBI Network an actively evolving consortium and adds the current capability to lead relevant state-of-the-art scientific and technological projects like those presented during the meeting.

At this 14th EVN Symposium there was also a chance for user input into the future Science Vision for the EVN.

Moreover, the meeting also focused on the role of EVN on:
•    Very-high sensitivity VLBI with SKA
•    Future multi-wavelength and multi-messenger astronomy including high angular-resolution astronomy at other wavelengths

12th European VLBI Network Symposium and Users Meeting
EVN 2014 7-10 October 2014 Cagliari, Italy
The Istituto di Radioastronomia (IRA) di Bologna and the Osservatorio Astronomico di Cagliari (OAC), on behalf of the European VLBI Consortium, hosted the 12th European VLBI Network (EVN) Symposium and Users Meeting. The Conference was held from 7th to 10th of October at the Hotel Regina Margherita, in the center of Cagliari. The latest scientific results and technical developments from VLBI, and, in particular, e-VLBI and space-VLBI (RadioAstron) outcomes were reported. The timing of this meeting coincided with the first successful observational tests of the Sardinia Radio Telescopes within the EVN, and with a number of results from new and upgraded radio facilities around the globe, such as e-MERLIN, ALMA, and the SKA pathfinders. The symposium was attended by 133 participants from all over the world, with the Asian community represented by more than 20 colleagues. The program of the meeting consisted of 70 oral contributions (including 8 invited speakers) and 50 poster that covered a very wide range of VLBI topics both in galactic and extragalactic astrophysics (e.g., AGN, stellar evolution from birth to death, astrometry, and planetary science) as well as technological developments and future international collaborations. The scientific program also included a visit to the 64-m Sardinia Radio Telescope (SRT) and the EVN Users Meeting, where astronomers have provided useful feedback on various matters regarding EVN operations.

The research leading to these results has received funding from the European Commission Seventh Framework Programme (FP/2007-2013) under grant agreement No 283393 (RadioNet3)
EDITORIAL BOARD
Andrea Tarchi
Marcello Giroletti
Luigina Feretti
11th European VLBI Network Symposium & Users Meeting
11th EVN Symposium 9-12 October, 2012 Bordeaux (France)
The Laboratoire d'Astrophysique de Bordeaux (LAB) at the University of Bordeaux (France), on behalf of the European VLBI Consortium, hosted the 11th European VLBI Network (EVN) Symposium and EVN Users Meeting on October 9-12, 2012. The Symposium was held at the "Chambre de Commerce et d'Industrie de Bordeaux", located in the "Palais de la Bourse", in the center of Bordeaux. The conference highlighted the latest scientific results and technical developments from VLBI, space VLBI and e-VLBI. All fields of astrophysics were concerned - stellar, galactic and extragalactic - as well as astrometry and planetary science. Presentations addressing synergy between (e-)VLBI and other new or planned radio facilities (ALMA, LOFAR, e-MERLIN,...) or instruments at other wavelengths (Fermi, CTA, Gaia,...) were also an integral part of the program. The scientific program was organized in 11 sessions including 71 oral presentations, with an additional 43 posters available for viewing during the entire length of the conference. An EVN Users Meeting was also held during one of the evening to foster interaction between the EVN users and the EVN organization. The symposium was attended by a total of 122 delegates originating from 47 institutes world-wide, sharing new VLBI science and innovations while also building links with other communities.

8th European VLBI Network Symposium
8thEVN September 26-29, 2006 Torun, Poland
This is the eighth in a series of biennial European VLBI Network (EVN) Symposia devoted to reviewing new developments in Very Long Baseline Interferometry (VLBI) science and technology. VLBI provides astronomers with their sharpest view of the most energetic phenomena in the universe, including expanding supernovae, pulsars, flare stars, star-forming regions in molecular clouds, the environment surrounding nearby and distant galaxies, gravitational lenses, starburst galaxies and distant active galactic nuclei. The EVN is an interferometric array of radio telescopes spread throughout Europe and beyond, which conducts unique, high resolution, radio astronomical observations of cosmic radio sources; it often observes with other radio telescopes around the world making VLBI a truly global endeavour. The EVN is the most sensitive VLBI array in the world, thanks to the collection of extremely large telescopes that contribute to the network. After the first successes in real-time VLBI (e-VLBI), the EVN continues to make rapid progress in this and other areas of VLBI technological development. Among others, the results obtained using the e-VLBI state-of-the-art technique have been presented.