Inaugurated in 1994 in Como, Italy, this series of conferences has become an important forum for scientists working on strong interactions, stimulating exchanges among theorists and experimentalists as well as across related fields.

The aim of the conference is to bring together people working on strong interactions from different approaches, ranging from lattice QCD to perturbative QCD, from models of the QCD vacuum to QCD phenomenology and experiments, from effective theories to physics beyond the Standard Model.

The scope of the conference also includes the interface between QCD, nuclear physics and astrophysics, and the wider landscape of strongly coupled physics.
In particular, the conference will focus on the fruitful interactions and mutual benefits between QCD and the physics of condensed matter and strongly correlated systems.

The thirteenth edition of this conference series will take place at Maynooth
University , Ireland, 1-6 August 2018.

Xth Quark Confinement and the Hadron Spectrum
Confinement X 8–12 October 2012 TUM Campus Garching, Munich, Germany
This conference is the tenth in a series whose aim it is to bring together people working in QCD and strong-interaction dynamics. It will take place on the Garching campus of the Technische Universität München (Germany), starting with a welcome drink on Sunday 7th, and continuing with the scientific program and other social activities from 8 - 12 October 2012. 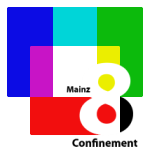 VIIIth Conference Quark Confinement and the Hadron Spectrum
ConfinementVIII September 1-6, 2008 Mainz. Germany
QCHS 2008, the 8th International Conferencee on Quark Cofinement and the Hadron Spectrum was held from 1 - 6 September 2008 in Mainz at the Johannes-Gutenberg University. This conference was the eighth in a series whose aim it is to bring together people working in QCD and strong-interaction dynamics. This year 206 scientists from 24 countries met in Mainz, for the first time in Germany. The scientific program of the Confinement Conference consisted of 33 plenary talks and parallel sessions covering the following topics: - Vaccuum Structure and Confinement - Light Quarks - Heavy Quarks - Deconfinement - QCD and New Physics - Nuclear and Astroparticle Physics