The Workshop "Control Systems: Theory, Numerics and Applications" is the concluding meeting of the 2004 INDAM Intergroup Project "Controllo e Numerica".
The project involved various Institutes from differents Universities, among which: C.N.R., University of Firenze, Genova, Politecnico of Milano and of Torino, University of Padova, University of Roma 'La Sapienza' and 'TorVergata', University of Siena and SISSA of Trieste.

The guideline of the Project was the collaboration of researchers from different areas on problems in control theory. In particular three main themes were individuated:

For each of these topics, theoretical, modelling and numerical aspects were considered.

The Workshop was organized with five main speakers (mainly from outside project) and many shorter contributions (mainly from the project participants). 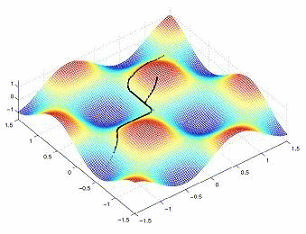